Richard III: Is the proof in the bones? 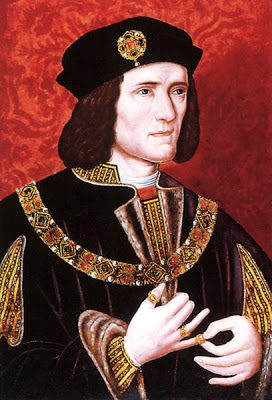 Those of us who have read Josephine Tey's mystery, THE DAUGHTER OF TIME, are very familiar with Tey's spirited and logical (made eminent sense to me) defense of Richard, the last Plantagenet king of England. In her brilliant tour de force, Tey has Alan Grant, her contemporary detective, temporarily out of service with a broken leg, lying in hospital with nothing to do but read and conjecture. He gets caught up in the ages old mystery of Richard while leafing through some books and in the end comes to the conclusion that Richard III was not the odious creature of nightmares which history had made him. (Though many historians discount Tey's conclusions.) 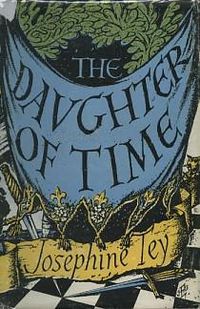 Was Richard a vile murderer? Did he or did he not have his two young nephews - sons of his brother Edward, heirs to the throne - murdered? Did Richard then usurp the English throne? Was Richard the repulsive, arch villain created by Shakespeare? Did he have a crooked arm as well as a crooked back and crooked morals?

Tey thinks not. She posits that most of the descriptions and tales of villainy were written many years after the death of  Richard. The much maligned king died during the Battle of Bosworth in 1485 (War of the Roses). "A horse, a horse, my kingdom for a horse!" The last monarch of England to have been killed in battle. Shakespeare's play was written in (aprox.) 1592. Sir Thomas More's accounts of Richard's villainy were also written many years after the so-called facts. 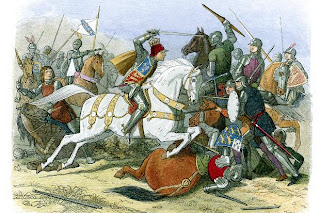 Now that the remains of Richard have been found under a car park in Leicester (which centuries ago were the grounds of a Franciscan monastery where Richard's body is said to have been taken), and positively identified as the remains of the heretofore missing king, one mystery seems to have been cleared up.

Though Tey might have it otherwise, apparently Richard did have a crooked back. Skeletons don't lie. Tey claimed that most of Richard's deformities were products of inventive and vindictive Tudor minds, most especially that of Thomas More who seemed to have borne Richard an everlasting hatred. History is always written by the winners, after all.

Of course Shakespeare's play, written for the Tudor Queen Elizabeth, didn't help matters any. Has there ever been a more foul villain?

Regardless, for years Richard's defenders have worked to polish his image and clean up his act. Other villains with names like the Duke of Buckingham were offered up as the real culprits upon whose orders the two defenseless princes were killed. The boys were certainly never seen again after they disappeared into the recesses of the infamous Tower of London.

I tended to side with Josephine Tey in her assessment written so provocatively and yet logically in her brilliant masterpiece mystery. But now it looks very much as if Richard did suffer from an extreme curvature of the spine which might have given him the 'hunch back' appearance described by Shakespeare. 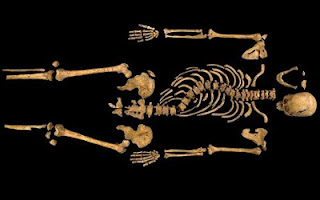 No 'withered arm' though. So there's that to think about. Also, it was to the Tudor's benefit to have Richard appear as foul as possible in written transcripts many of which as Tey points out were written a hundred or so years after his death. 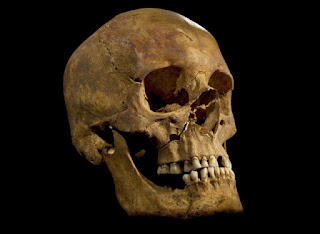 While the discovery of Richard's skeleton is very exciting news, I'm wondering if it will help revise history is any way. If Shakespeare was correct about the 'hunched' back, was he also correct about Richard's villainy?

Would those battle-scarred, battle-torn, treacherous times account for much of what we, today, view as horrific? Would they also account for Richard, a relatively young man of 32, being portrayed by Shakespeare (and others) as so much older? Not to mention his appearance in most contemporary adaptations? 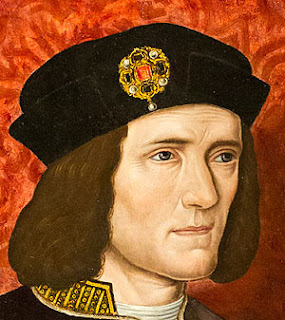 Will Richard's skeleton prove or disprove anything? I, for one, can't wait to read the first book written about this amazing discovery. In the end, it may just prove that Richard, rather than being a cardboard black and white villain, was more gray than anything else - a convenient scapegoat who was definitely not all good, but perhaps, not as definitely all bad.

And oh, by the way, why does any of this matter?

For me, the truth and understanding of history is always important. As Michael Crichton so wisely said, "If you don't know history then you don't know anything. You are a leaf that doesn't know it is part of a tree."