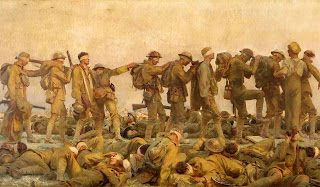 For Memorial Day Weekend, I'm featuring several artists who painted the horrors of WWI.  A war in which much of the death and destruction appears to have been caused by the callous blundering of generals - old men still living in the past, World War One strikes a particular note with me because so many millions of valiant young men were apparently slaughtered for very little reason.

And in its end, this first 'war to end all wars' laid the seeds for WWII just a little over twenty years later.

'We Are Making a New World' by John Nash - Source 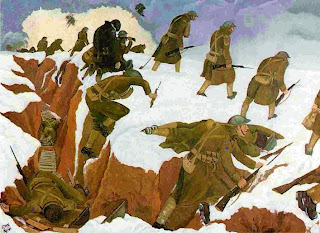 'Over the Top' by John Nash - Source


'The Ypres Salient at Night' by Paul Nash - Source 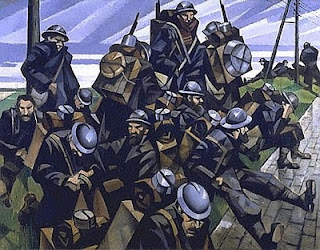 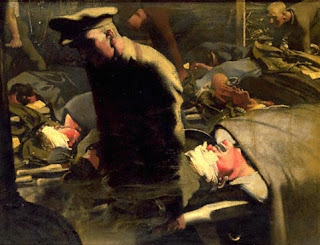 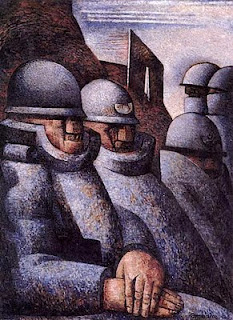 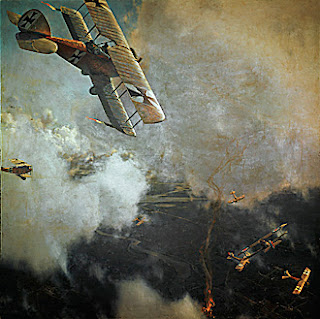 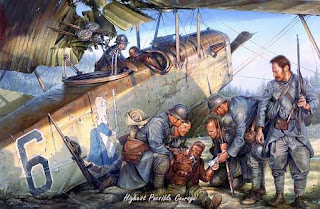 Check the above link to read about the courageous rescue of the famed 'Lost Battlion' and the posthumous Medals of Honor which were awarded. Only four Army Air Service pilots received Medals of Honor for service in WWI. Two of them went to servicemen concerned in this gallant episode.

Also wanted to mention the 1980's PBS series, TESTAMENT OF YOUTH based on the 1933 autobiography of Vera Brittain (1893 - 1970), author, journalist, pacifist and feminist, a young woman who volunteered as a nurse during WWI and who lost her brother, her fiance, and two best friends on the killing grounds of France and Italy.

The five episode series chronicles Brittain's life and work as a nurse and stars Cheryl Campbell a wonderful and very underrated British actress. 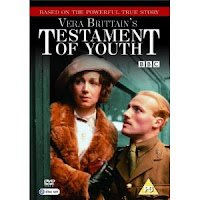 If you can find a DVD, by all means don't miss this stirring adaptation. I've never been able to bring myself to read the book because I suppose I am, basically, an emotional coward. But watching the series back then brought to light the life of this remarkable woman - someone I'd never heard of before. But someone I've never forgotten.

To read more about Vera Brittain, please go to this link.

Email ThisBlogThis!Share to TwitterShare to FacebookShare to Pinterest
Labels: A Favorite Painting