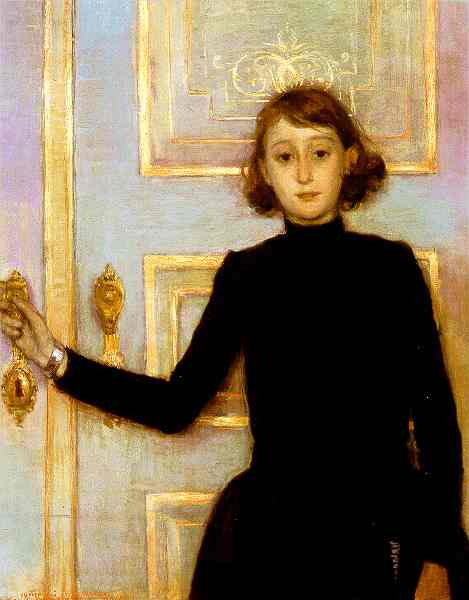 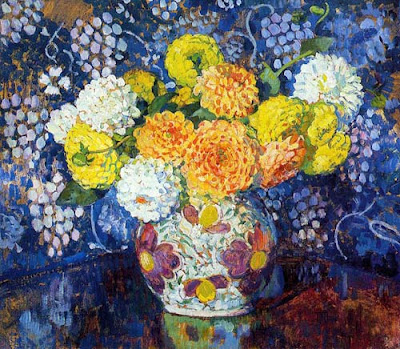 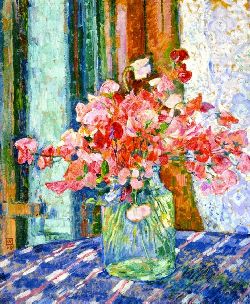 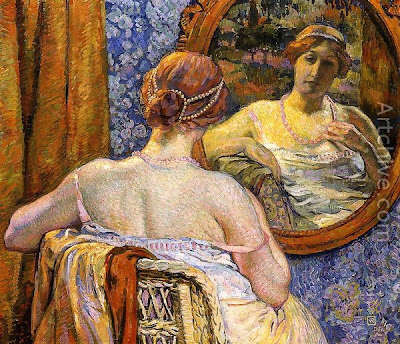 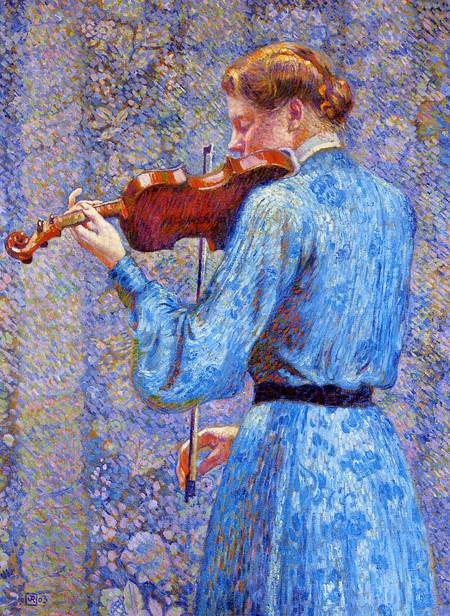 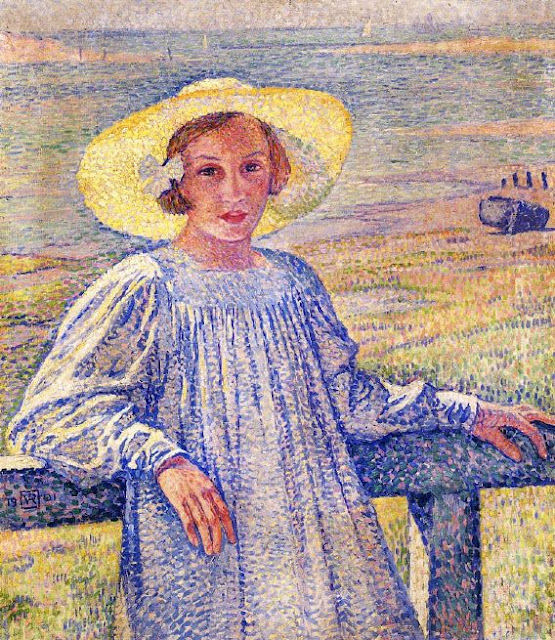 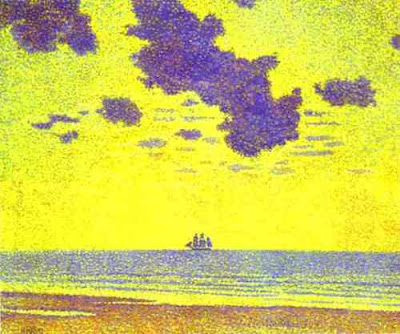 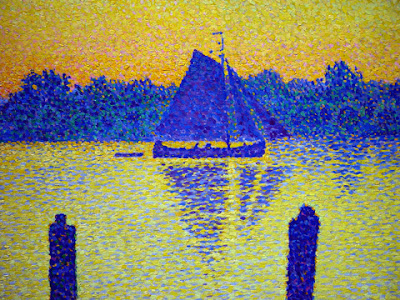 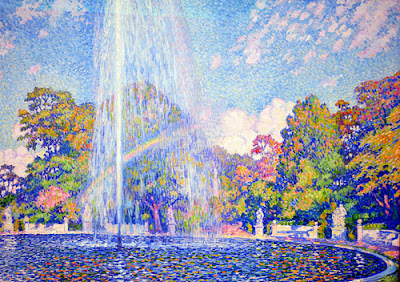 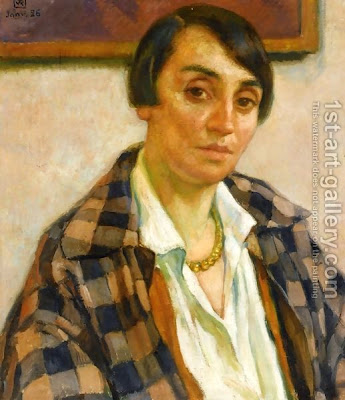 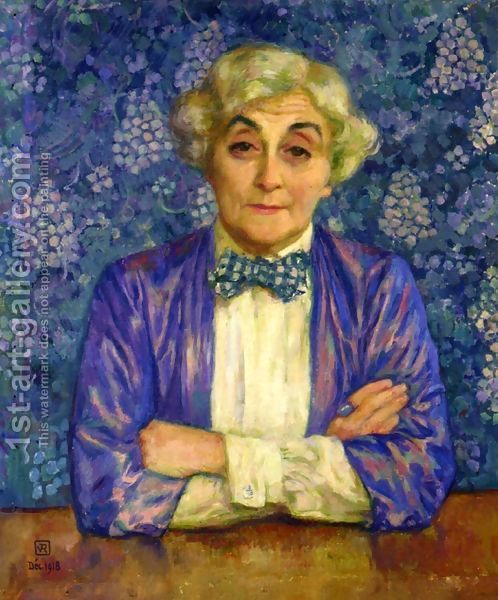 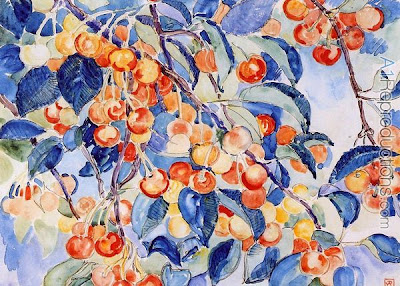 Theo van Rysselberghe (1862 - 1926) was a prolific Flemish Neo-Impressionist painter born in Ghent, Belgium. Influenced early on by the Orientalist paintings of Jean-Francois Portaels, he exhibited two portraits at  the Salon of Ghent when he was only 18. In 1881, he exhibited in the Salon at Brussels.

Blessed with a curious mind and an indefatigable zeal for travel, his trips (Spain and Morocco accompanied by fellow painters Frantz Charlet and Dario de Regoyos) heavily influenced Van Rysselberghe's early work which was an almost instant success upon his return home to Belgium.

He painted in the Neo-Impressionist style and introduced the Pointillist technique (a style of painting he was to adapt beautifully) used by Georges Seurat, to the Belgian art world. Van Rysselberghe was also a leader in the group of avant-garde Brussels painters known at Les XX.

He would travel again to Morocco and also to Athens, Constantinople, Hungary, Romania and St. Petersburg where he worked on posters for the 'Compagnie des Wagons-lits'. In 1897, he moved to Paris at a time when many of the most influential painters were producing remarkable work. Van Rysselberghe added his own vibrant style to the mix.

Unfortunately, much of his work remains in private hands and is only infrequently seen.

To learn much more about Theo van Rysselberghe and his work, please use this link.


I found this link to be informative as well. Artnet also has a great deal of information about Van Rysselberghe as well as a good overview of his work.

To see some of Van Rysselberghe's work chronologically, please use this link.


P.S. I apologize for the wonky spacing of this post, but google blogger is still misbehaving.
Posted by Yvette at 11:48 AM

Email ThisBlogThis!Share to TwitterShare to FacebookShare to Pinterest
Labels: A Favorite Painting