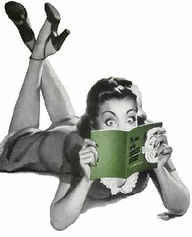 Thanks to Pop Culture Nerd's Twitter notice I checked out the Amazon List of 100 Best Books of 2012 and found I'd only read one of them (Song of Achilles by Madeline Miller.). Yikes. Literary-wise I am obviously languishing in the shadows of the mainstream...or at least, the Amazon mainstream. Well, it won't be the first time or even the last. Obviously I'm just not a 'mainstream' kind of gal.

How many have you read? Will you make me hang my head in abject shame?

Admittedly, a couple of the books on the list I wanted to read but just couldn't. For instance, after all the raves, I really REALLY wanted to like WOLF HALL by Hillary Mantel (the sequel published this year, BRING UP THE BODIES is on the current list) but once I read the first few pages online (on the Amazon site) and realized the book is written in the present tense, I declined to purchase.

Why should a history book set in Tudor times be written in the present tense? What are we to make of that? Is it just a popular gimmick now run amok? For me it is non-sensical.

Well, obviously others don't agree since both books are great big international best sellers, but for me, the technique is grating. In the present tense, I keep saying to myself where am I? Am I being carried around on the shoulders of the characters? Am I a fly on the wall? The story is not being told to me, it is being revealed as it happens. I don't like it one little bit especially in a history novel. For me, this technique points up the fact that I'm reading a book - it doesn't allow me to sink into the story and forget where I am. Technique overrides story-telling. You'd think it would be just the opposite but it isn't. Oh well, there are plenty of other books in the sea....uh, you know what I mean. 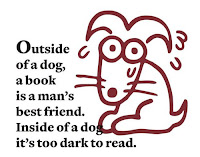 Reading through the Amazon list I found a few titles that interested me and I'm adding them to my TBR list for the future though who knows when I'll ever catch up. See, I am not a complete literary heathen. Ha!

2) IN SUNSHINE and IN SHADOW by Mark Helprin - a novel.

3) CITY OF FORTUNE How Venice Ruled the Seas by Roger Crowley - non-fiction.

4) SHORT NIGHT OF THE SHADOW CATCHER: The Epic Life and Immortal Photography of Edward Curtis by Timothy Egan - non-fiction.

Of course if any of them are written in the present tense, all bets are off. I'm not saying I NEVER read books written as such, what I'm saying is: rarely. I have to be beguiled. If I'm beguiled I'll forgive anything.