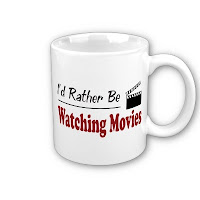 At the risk of being though lazy - well, go ahead, consider me lazy, what the heck. Lately I just seem to be cruising on fumes. Lots going on, hurricane-wise, election-wise (yesterday I got a call from President Clinton and yes I know it's only a recording, but I must say I listened to the whole thing), and any other-wise you can think of. I'm grateful that the hurricane by-passed my house and I was only out of power for two days (my daughter is still without) but I remain listless and out of sorts.

So long story short, my post for today is a re-hash of a post from 2010 listing my Five Favorite Political Films.

I've added a couple of the titles mentioned in the comments to the original list which is now enlarged to 8 (plus 2 I haven't seen yet) favorites AND I've added a television series to the mix.

For those of you who don't feel like linking - the original five were:

1) ALL THE PRESIDENT'S MEN (1976) directed by Alan J. Pakula and starring Dustin Hoffman and Robert Redford

7) DR. STRANGELOVE Or How I Learned to Stop Worrying and Love the Bomb (1964) directed by Stanley Kubrick and starring Peter Sellers, George C. Scott and Sterling Hayden.

A couple of recommendations from the comments which I've lined up on my queue but still haven't watched although it's only been two years - Yvette, what are you waiting for??!

Tuesday - November 6th - is Election Day so DON'T FORGET TO VOTE!! (And shame on you if you don't.)