Tuesday Forgotten (or Overlooked) Films: Five That Are So Good (in various and sundry ways) They Shouid Be Available for Viewing SOMEWHERE - but aren't. 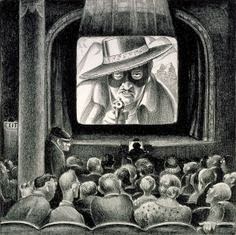 Terrific movies I haven't seen in many a year simply because, for whatever reason, they are not easily available anywhere.

If I could find a good DVD of each of these, I guess I'd buy them though their rarity makes some of these things a bit expensive. These five are not available on Netflix or anywhere else that I can figure though that may be changing - I hope - as we speak. I will not watch them with commercials so I don't bother with Hulu. (They're probably over at Turner, but I don't have cable so that's out.) And forget about the library.

The late lamented (by me, at least) films are: 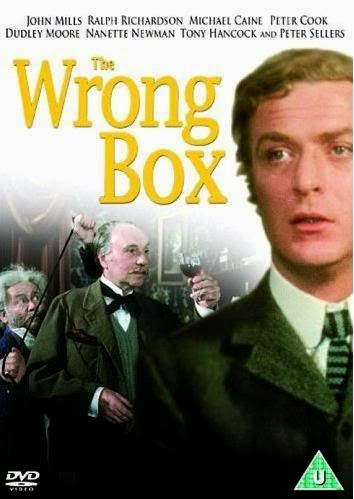 We learn the meaning of the legal term 'tontine' - hilariously - in this Victorians-run-amok screwball comedy. Wayward British humor, I suppose, is an acquired taste if you're not British to begin with, but I guess I must have been a Brit in another life, because I find these sorts of movies rip-roaringly funny. The expectation of a huge fortune and the peculiarites of an old will drive everyone nuts in this greed for greed's sake story enhanced by a cast that only the Brits could produce. 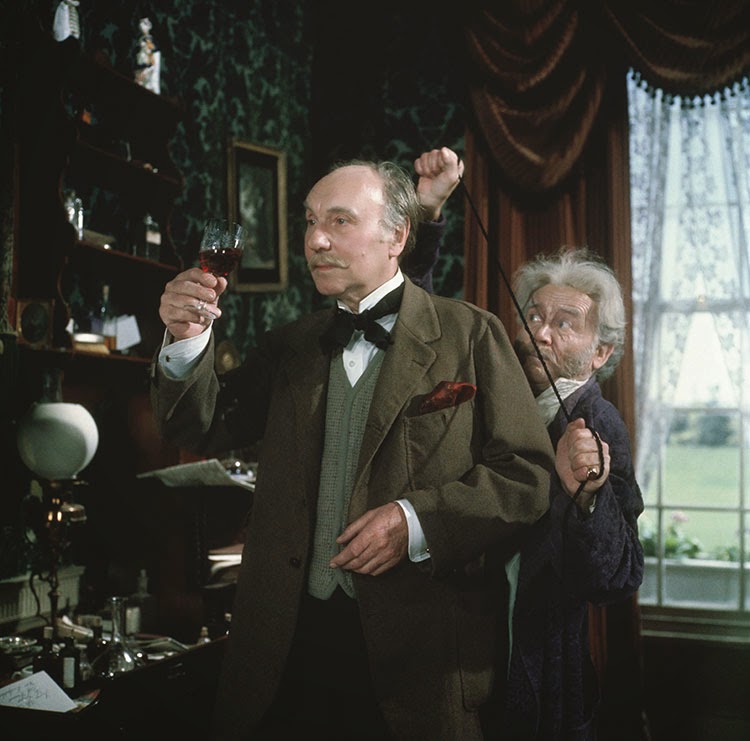 Everyone in this movie is eccentric to the nth degree and bonkers - so that adds to the cheery atmosphere. Imagine this cast: Sir Ralph Richardson as a prosy insufferable bore, John Mills as an oh-so-adorable loony plotting murder, plus Wilfred Lawson, Peter Cook, Dudley Moore, Nanette Newman as a naive, inclined to faint light-headed Victorian virgin tempted by Michael Caine as a fellow hapless innocent, and Peter Sellers as his usual nutso self. (I believe this is the movie in which he lives in a flat full of cats and absent-mindedly uses a kitten as an ink blotter - but don't worry, the kitten is fine.) It's all wonderful lunacy. But if you resist, you won't get it.

A movie that includes an accidental be-heading by Queen Victoria, a train crash, a body in a box and a totally disrespectful funeral to end all funerals, it is long deserving of being seen as often and as much as possible but instead it is all but forgotten by most. 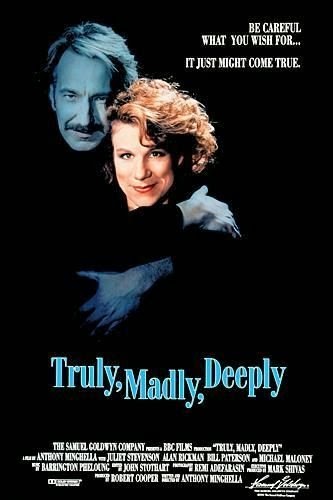 One of the best romantic comedies that no one's ever seen - except me - or so it seems. It's all about Nina, a disconsolate widow (Juliet Stevenson) who's having trouble getting over the death of her beloved husband Jamie (Alan Rickman), a cellist.

When Jamie refuses to stay dead and his ghost begins haunting Nina at home (to her immediate and touching delight), the film takes that familiar old trope and goes in a much different and unexpected direction. See, here's the thing: Jamie is a very social ghost and thinks nothing of inviting fellow ghosts (most of which refuse to leave) to his and Nina's old flat to watch television or just hang out. Nina is running out of space! What is a bewildered widow to do?

If you get a chance to see this - absolutely grab it! 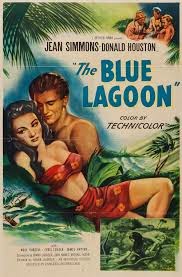 3) The Blue Lagoon (1949) with Jean Simmons and Donald Houston

Forget the 1980's version with Brooke Shields and Christopher Atkins as hormone-tossed teens. THE BLUE LAGOON you want to see is the black and white original with the almost too beautiful to believe, Jean Simmons and the handsome Donald Houston as Edwardian innocents first ship-wrecked as children. Left to grow up alone on a South Pacific island in the middle of nowhere, as teens they fall in love and hardly knowing how it all comes about, they have a baby and must decide what the future holds for the three of them. Jean Simmons and Donald Houston are so very believable as innocents confronted by the natural pull of biology. 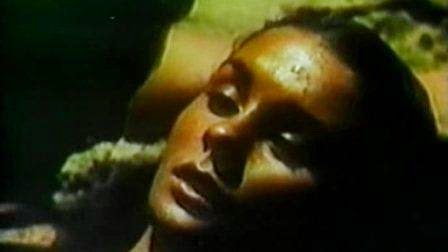 The heart-stopping scene when Emmaline (Jean Simmons) and Michael (Donald Houston) discover that they are not children anymore. Beautifully done. The hushed sultry tone is perfect after the wild desperation of Michael having believed Emmaline stolen by a lecherous yacht captain who'd tricked the girl and left the boy behind on the island. 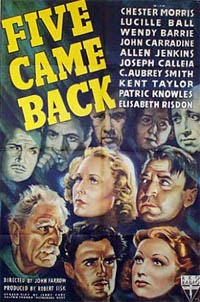 When a plane crashes in the wilds of a South or Central American jungle, it doesn't take long before the drums of a tribe of headhunters is heard beating a death knell for those aboard who providentially or not, survived the crash. A terrific cast (except for Chester Morris who I've always regarded as an onscreen whimp, but here he acquits himself sort of admirably as a guy who must make life or death decisions as he and a mechanic try to make the plane flyable again before they're all slaughtered) makes this thriller all the more thrilling as the true nature of each and everyone is revealed under extreme duress.

I think this is my favorite airplane crash movie and has been for many years.

Exceptionally good in the cast is Joseph Calleia as a cold-eyed pragmatist, a murderer bound for prison who at one point is unexpectedly called upon to play God. Also wonderful is C. Aubrey Smith.

This film was remade in 1956 with the title changed to Back From Eternity. It starred Robert Ryan, Rod Steiger and Anita Ekberg among others. Almost as good as the original since except for a few minor things, it keeps the same basic plot. And as the original, it is just as hard to find. 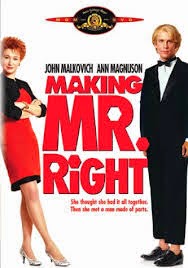 An eccentric scientist builds a robot who looks just like him to take part in an upcoming space mission. The android 'Ulysses' will be taught human emotions (so he will behave like a human might in outer space I guess) but unfortunately the reclusive scientist who built him, has no emotions to speak of (and is well aware of it). Into the improbable plot comes 'Frankie' a perky P.R. consultant (played by the wonderfully quirky Ann Magnuson) hired by the scientist to educate Ulysses. Makes perfect sense right?

The ending is a delight, though just a teensy bit bittersweet. John Malkovich is never my idea of a leading man but somehow he always manages to pull it off. I think it might be something the camera does to him.

I also think this might be available in DVD now, but I'm not sure I want to buy it since I haven't seen it in MANY years and it might not live up to my hype. It's a quandry.