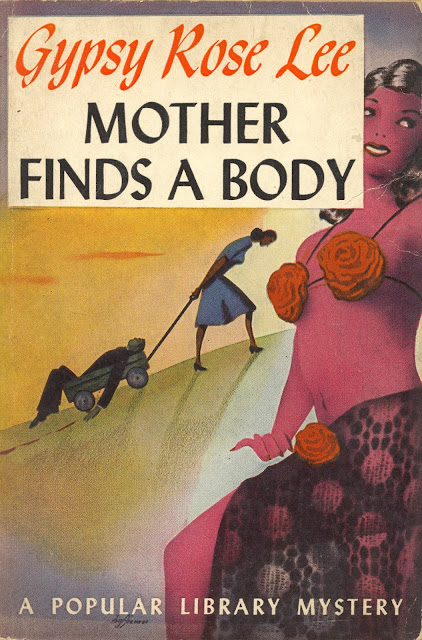 Yes, THAT Gypsy Rose Lee - although some say it was actually Craig Rice who did the writing. At this point, I suppose it doesn't matter much one way or the other but for fun's sake, I'd like to believe it was Gypsy at the helm. In truth, I don't see why it couldn't have been, with maybe a little nip and tuck from her friend Georgiana Ann Randolph Craig aka Craig Rice.

* See J.F. Norris's  (PRETTY SINISTER BOOKS) comment/correction below stating that Rice herself denied she'd written the books. So that takes care of that.

Regardless, this is a nicely done, amusingly refined mystery set in - among other nearby places of low repute -  a Texas trailer park where everyone does a whole helluva lot of drinking and smoking but very little 'carrying on.' In truth this is a pretty sanitized version of the life we like to imagine goes on in such tawdry places. (Naughty us.) Even the burlesque scenario is pretty much cleansed of any offending adjectives or adverbs.

Just a nice story of murder and mayhem among the denizens of a trailer park, a few of whom earn their living doing the hoochy-koochy in a g-string, accompanied here and there by ancient jokes and capacious quantities of liquor. 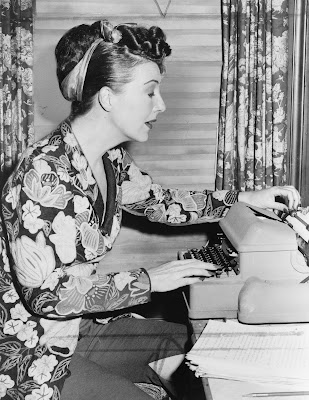 Lee wrote two books: THE G-STRING MURDERS and MOTHER FINDS A BODY. G-STRING was turned into the not entirely memorable Barbara Stanwyck film directed by William Wellman, LADY OF BURLESQUE. I mean, the film's okay, it's just not quite as much fun as it should have been - possibly because when you think of strip tease queens, you don't automatically think of Stanwyck. And Michael O'Shea is not my idea of a romantic leading man though he makes for an okay burlesque clown. 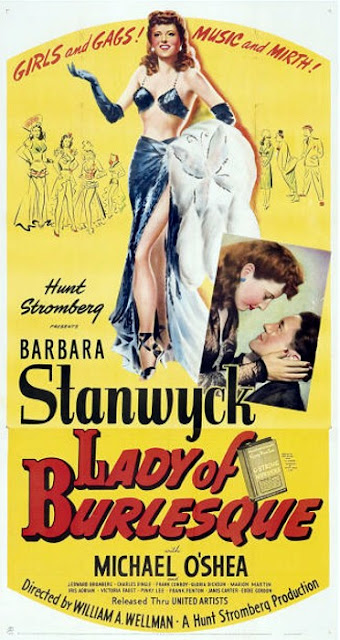 At any rate, I was lucky enough to find my particular copy of MOTHER FINDS A BODY on eBay. It came in a cache of other Rice mysteries which included HOME SWEET HOMICIDE, THE CORPSE STEPS OUT and a couple of others. Four bucks - can't beat that. I had no clue, by the way, that Rice was rumored to have written the Lee book, but was happy enough just the same, to receive my treasures.

Gypsy plays herself in the book. She's on her honeymoon after a quicky marriage aboard a romantic water taxi, to Biff Brannigan burlesque clown, currently unemployed. Also along on the honeymoon are Gypsy's Mama and a host of other hangers on tucked together inside a trailer heading east. Makes for a cozy but not very private sort of honeymoon. Especially when you add dogs, a monkey, a guinea pig and a dead body in the bathtub.

"A temperature of one hundred and ten, at night, isn't exactly the climate for asthma or murder, and Mother was suffering from a chronic case of both. She pushed the damp tight curls off her forehead and taper her foot impatiently on the trailer doorstep.

"You either bury that body in the woods tonight or you finish your honeymoon without your mother."

She meant it, too.

Mother is the sort of person who can be very tiresome on a honeymoon. When she's not behaving suspiciously, over-seeing Gypsy's life, having an asthma attack (sometimes accidentally on purpose) and/or mouthing off, she's insinuating herself into the middle of the mystery and using her charm and good looks (yeah, she's not a spring chicken, but she's still got the looks) to her advantage, regardless of the often scatter-brained circumstances. Like, for instance, when she sets the woods on fire. But I'm getting ahead of myself as usual.

The mystery's storybook setting is a lovely honeymoon encampment on the outskirts of Ysleta, Texas, a backwater town full of sleazy dives and somewhat sleazier people. Though the local sheriff isn't a bad sort - he has a friendly eye on Mother's charms. And nearby is a dark wood full of trees and hiding places - handy for disposing of an inconvenient body.

There's lots of dashing about and finger pointing and catching up on old gossip when another one or two burlesque types turn up in a dive in town.

'Biff had always been the Casanova of burlesque. I took that into consideration when I married him, and we were usually running into his ex-flames. But I never expected to find one under a piece of cheesecloth in Ysleta, Texas!

Biff stared at the dancer with his mouth half open. Then he grinned at her, finally at me. "It's a small world, ain't it?" he asked when she tossed her brassiere on the piano.

I waited until she threw her G-string into the tuba to answer. "Indeed it is," I replied.'

The aforementioned dive is run by a little guy who has his own bizarre rules of nicety and oh by the way, there's also a doctor behaving strangely to be taken into consideration.

Though beguiled by Mother, the sheriff still casts a suspicious eye on Gypsy and Biff and the motley assortment of show-folk descending on his town. Somebody is guilty of murder.

"...Mamie came in. She turned down the bedcovers and began tidying up the room....."I don't know how your poor mother can stand all this," she said as she rolled up a pair of nylons. "All the drinking and swearing and excitement. No wonder she has asthma."

"Well, things aren't always as upset as this," I said. "Sometimes we go for a whole week without finding one single corpse."

That's before the second corpse turns up. And someone slips Mother an illegal substance in her asthma medication.

But not before we're treated to Dimples, another trailer tag-along, doing her quiver routine at the local strip joint.

Eventually, when the surprising identity of the killer is revealed, the extent of the author's obfuscation earns our grudging admiration. Good job. Darn good mystery. Lots of fun.

And since it's Friday once again, don't forget to check in at author Patricia Abbott's blog, Pattinase, to see what other forgotten or overlooked books other bloggers will be talking about today.