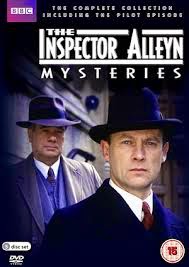 Some long time readers of this blog may know that once, several years ago, I went on a Ngaio Marsh reading binge and read ALL her mysteries in one fell swoop. I get like that sometimes.

Later in the series, Alleyn will marry (he meets his testy future wife, painter Agatha Troy, in the sixth Alleyn mystery, ARTISTS IN CRIME). Troy (as Alleyn calls her) will later feature in several of the books: her debut book of course (in which she seems remarkably unlikable and you wonder what Alleyn sees in her but Troy is an acquired taste and she grows on you), as well as in FINAL CURTAIN, A CLUTCH OF CONSTABLES and SPINSTERS IN JEOPARDY. There are probably a couple of others but I can't remember which ones at this particular moment.

At any rate, there will also be a son born to the Alleyns in due time, a charming loquacious boy who makes his especially memorable co-starring debut in SPINSTERS IN JEOPARDY, an odd sort of book which has become a favorite of mine - it's one of several Alleyn books I make a point to reread now and again.

To see a full list of all of Ngaio Marsh's books, please use this link to her Fantastic Fiction page.

Anyway, on to the main subject of today's post, the televised series of the Roderick Alleyn books:

For reasons that remain unexplained, Netflix currently only has six of the nine episodes available for streaming under Season One and Season Two. The remaining three episodes have gone missing for ages now and I've given up hope of ever seeing them anywhere. There also seems to be a pilot episode (1990) starring the more conventionally handsome (not that there's anything wrong with that) Simon Williams (from UPSTAIRS DOWNSTAIRS) as Alleyn, which I've never seen. 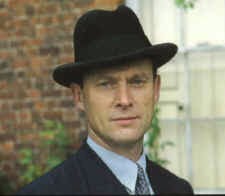 The casting, as in most British television programs is brilliant and quirky. Chief Inspector Alleyn who is described in Marsh's books as remarkably handsome is played by the not so remarkably handsome but still remarkably intriguing Patrick Malahide. He is oddly handsome and gently persuasive plus he looks wonderful in his elegant tailored suits and spiffy homburg hat. At least I think it is a homburg. There is something about Malahide (who is best known for playing smarmy bad guys) that is both appealing and menacing. Not the usual sort of casting at all. I like him very much.

Here he is called upon to play an upper class snoot with a slightly mysterious past (he is obviously of the moneyed class and has a titled brother in government) who is devoted to his job, brooks no malfeasance and yet remains likable. Somehow it all works. 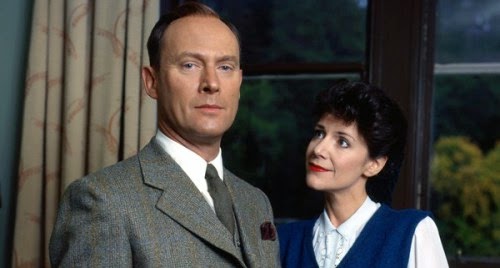 Malahide even manages to appear hapless when dealing with his lady-love Agatha Troy (the prickly Belinda Lang, another bit of great casting - she is just as I imagined her from the books).

I never did get used to William Simon as B'rer Fox, but that's probably my failing and not his.

The stand-out episode for me, though the entire six are each wonderful in their own way, is HAND IN GLOVE because it co-stars Sir John Gielgud who is one of my all time favorite actors. No one can play 'fussy' and snobby while remaining likable as well as Gielgud does. He is such a pleasure to watch. Here is a man who was one of the greatest Shakespearean actors of any generation and yet he never seemed to mind doing television. Thank goodness.

In HAND IN GLOVE we also have Geoffrey Palmer. The rubbery, gruff faced actor who is well known to many aficionados (myself included) as the unlikely leading man in the British romantic comedy television series, AS TIME GOES BY, opposite Judy Dench. In HAND IN GLOVE he plays the murder victim, a gruff (Palmer makes a specialty of this), pompous and rather nasty individual with a liking for upsetting people.

But all six episodes are worth a good look since besides being unusually faithful adaptations of Marsh's books, they also feature the sorts of wonderful British character actors who seem to grow by the bushel full in merrrie olde England. It is Anglophile heaven for those of us who like to indulge in that sort of thing. 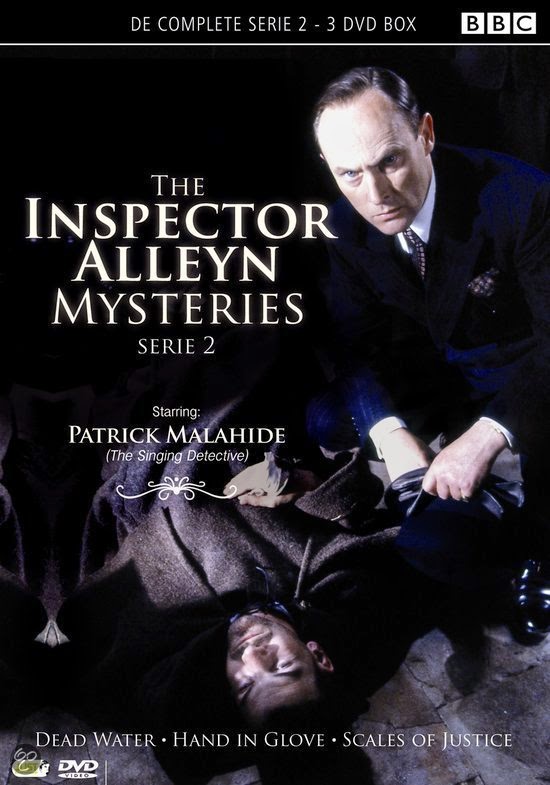 Reminder: Since it's Tuesday, don't forget to check in at Todd Mason's blog, Sweet Freedom, to see what other Forgotten or Overlooked Films, Television and/or other Audio Visuals other bloggers are talking about today. We're an exceptional bunch.