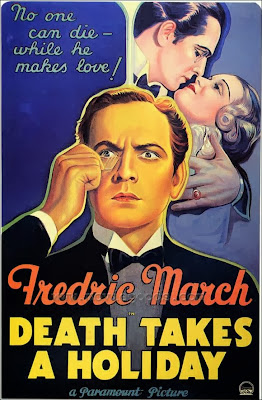 DEATH TAKES A HOLIDAY is a 1934 film directed by Mitchell Leisen and starring Frederic March and Evelyn Venable. The film's quality is not topnotch but it is watchable - I saw it on youtube, so really, one shouldn't quibble.

From the opening credits, we're suddenly in the midst of some happy-go-lucky aristocrats - Duke Lambert (Sir Guy Standing) and his Duchess and various other members of his entourage - friends, family, that sort of thing. All sophisticated good-natured folk who seem to be on holiday. The locale? I don't know, maybe an Italy that never was - certainly it's the kind of place where an operetta is sure to break out at any moment.

The streets are full of dancing peasants and smiling flower sellers and the aristos don't seem to be resented in the slightest not even when one of their cars destroys a smiling peasant's cart and sends him flying through the air. (A quick few bucks takes care of any bad after effects.)

The gregarious group had split up into two cars and were racing across a perilous twisty-turny mountain road on their way to the Duke's villa. Along the way, an inky shadow appeared to be following them. After the peasant cart contretemps, everyone notes that they should, indeed, be dead. How lucky can anyone get?

Though most of the revelers are middle-aged, there are, in fact, two young things who are meant for each other. Kent Taylor (who is, surprisingly, quite good) plays Corrado, the young swain and a very lovely Evelyn Venable plays Grazia, the young woman who keeps stalling. Corrado tells her that his father will buy them a villa on a hill top just as soon as they are married. She says, 'That's nice.' But she is obviously not the sort for whom a villa means much after all she is the daughter of a Princess. Moreover, she is a moody sort who appears out of sync with her happy family and friends. This is someone who knows what's expected of her, but for some reason can't enthuse over the details. She looks at Corrado almost indulgently, as if he were a younger brother - while he has no clue what could be wrong with his intended. He senses something isn't quite right, but damn if he can figure it out. 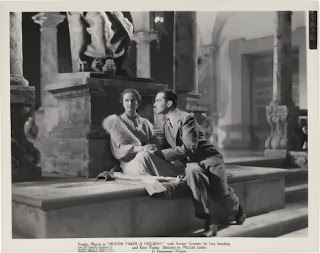 Grazia sinks deeper and deeper into a melancholy which, seen with modern eyes, appears to be some sort of deep inexplicable depression. She's the yearning type and since these are the sorts of people who have everything they could possibly want, they're incapable of knowing what on earth this girl is yearning for. That it might be something unhealthy does cross her mother's mind, but really, what can anyone do?

"There's something out there that I must find first. Something that I must understand." Grazia tells Corrado while in the background one of the guests is playing a moody piano sonata. 'I'd rather be alone." So out she goes into the garden and is almost immediately heard screaming in fright.

Grazia, discovered in a faint, is carried back inside and when she comes to, she is badly frightened. "Something touched me. Something cold."

'Too much moonlight,' says the Baron, an older bon vivant. You see, Grazia is delicate - the sort to faint from too much moonlight. Back then, this sort of thing was a possibility, I suppose. 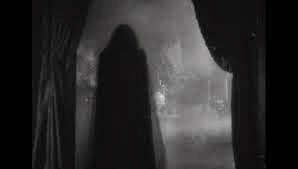 That night after everyone but the Duke has gone to bed and the lights in the villa are dimmed, His Grace has a spooky encounter with a dark, shadowy being - a very affecting scene well done.

The shadow introduces himself: "I am not of your world. I am a vagabond of space. I am a point of contact between eternity and time." Or words to that effect.

Long story short: The spectre explains that he is death come among them out of curiosity. He wants to discover why men fear him as they do. Death is weary of being misunderstood. "I am about to take a holiday. I will take three days. After that I must go back."

Shortly he will take corporeal form and as a certain Prince Sirki, will stay at the villa as the Duke's guest. No one must know his true identity or bad things will happen. The Duke can hardly refuse.

Laughing giddily, the shadow makes his departure into the night. "I, Death, do hereby take on the world, the flesh and the devil!" 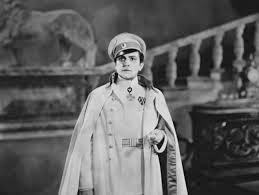 Later he returns as Prince Sirki complete with a cosmopolitan accent, a monocle and a dazzling white princely uniform garnished with gold and medals. The guests awaken and at the urging of the frightened Duke, welcome this dazzling stranger into their midst.

The next morning, Grazia and the Prince share a meaningful handshake, but she and her mother must leave since they're expected at home. 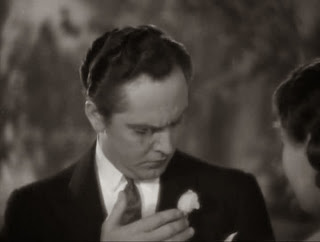 Death is surprised that the flower (placed in his lapel by Grazia) doesn't die when he touches it.

The Prince, wishing to spend the time he's appropriated, doing 'human things' spends the next couple of days going about, sailing and gambling at the casino - the usual. Things which apparently bore him to tears. The Baron tells him that there are only three important things in life: Love, Money and War and the most important is Love.

There follows a series of disaster newspaper headlines (ships sinking, orphanages burning to the ground, combat on a battlefield) in which deaths should have occurred but, well, the guy's on holiday, you know.

When the Prince tries to make a real connection with one of the Duke's guests, an American woman who is fascinated by him, she runs screaming from what she sees in his eyes. Obviously not the girl for him.

On his last day among the humans, with only a couple of hours left, the Prince rails at his host - he will be forced to return to his lonely eternity without ever having known love or understanding.

Back on the scene comes the melancholy Grazia, lovely and so other-wordly in an ethereal gown. Uh-oh.

But by this point her friends and family realize (or at least, suspect) who Prince Sirki really is. But Grazia is happy to waltz with the Prince and thanks him for being kind and/or gracious to her. He says he thinks he's being neither. Hmmm.....

When Corrado (the worried boyfriend) asks Grazia if he can stay by her side all evening - he senses danger - she says she's not afraid - it's not danger, but happiness, she senses. This is where the story gets even more bizarre and in not so charming a way because really, what this foolish young woman is dangling with is death as a happy outcome. 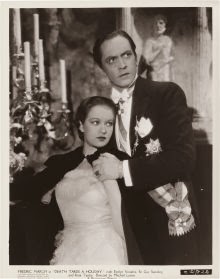 Death tells her: "Our two worlds hold us apart." Really, that's quite the tack to take with a foolish girl who thinks she's not quite here and not quite there. This Prince Sirki is a cunning fellow. "I am a great power and I am humbled before you."

However, at the last moment, he does try to do the right thing. He listens to the pleas of her family and friends and tries to send Grazia back to their loving arms. He denies her, claims it was all just a jest. But she sees through his pretense - she is determined to go with him at the stroke of midnight when he must return to his haunts.

Well, it turns out that Grazia knew all along who the Prince was - once he changes back into the darkly draped spirit whom all men fear, she claims to have seen him this way all along. So what's a spectre to do? 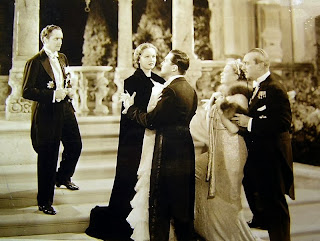 The Baron earlier told the ensemble that he'd chatted with the Prince who'd said: "Has it ever occurred to you that death may be simpler than life and infinitely more kind?" That's really the best line in the movie, I think.

So despite the protestations of family and friends, the happy couple go off into the night, with Death exulting: "Love is greater than illusion and as strong as death."

This theme has been done to death (sorry, couldn't help myself) many times in other films and even, I believe, a Broadway production - a 2011 musical treatment no less. Actually, I think an operetta would make more sense.

MEET JOE BLACK (1998) was another recent attempt - it starred Brad Pitt as Death but with a slightly different ending. It didn't work very well. To my eyes, the whole thing needs the arcane trappings of the original era and setting to make it palatable. It's an oddity of a movie, but maybe worth a look. Frederic March is intriguing in a difficult and rather ungainly part.

You can currently watch DEATH TAKES A HOLIDAY at this link on youtube.

Don't forget, since it's Tuesday, to check in on Todd Mason's blog, Sweet Freedom and see what other films and/or audio/visuals other bloggers are talking about today. 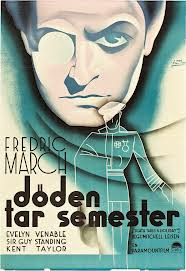 The much nicer Swedish movie poster with artwork by Moje Aslund.