I've recently discovered the books of Cyril Hare, aka Alfred Gordon Clark .  If you know my style, you won't be surprised to learn that I acted with my usual reckless abandon. Hare immediately zoomed into favored status in Yvette Land and I'm hoping to read every mystery of his that I can find. In the meantime, here are the four I've read and recommend: 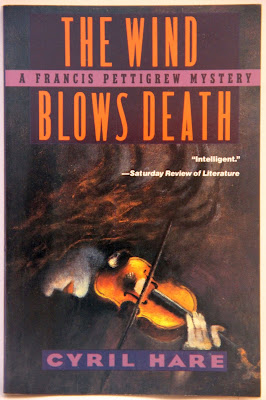 The mystery of the disappearing and reappearing clarinetist during a concert, obfuscates the murder of a visiting violinist moments before a major performance.This is the baffling problem facing the police and barrister Francis Pettigrew, author Cyril Hare's charming amateur sleuth. Pettigrew is plunged into the mix by his status as honorary treasurer of the Markshire Orchestral Society, a post he only reluctantly has accepted and see what comes of it. Now that he's on the scene, he might as well go ahead and help solve the murder.

I gave the book 5 Stars, so I must be in agreement with whoever it was that listed this as one of the 100 best mysteries ever written.

Belated apologies to John and Ron who correctly corrected me on my initial confusion re: the who and the where of the murder. I went back to the source, which I should have done immediately. Thanks, guys. 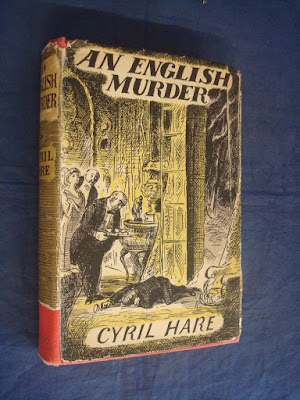 Who murdered Lord Warbeck's heir? The victim had Fascist leanings so I say, well deserved, but still one cannot allow killers to vent unchecked. This is a murder that takes place over Christmas at a snowed-in country house peopled with the usual cast of eccentric upper crust Brits with problems (I know, what more could you ask for?). This is the perfect story to cuddle up with in front of a roaring fireplace (real or pretend) during the holidays. 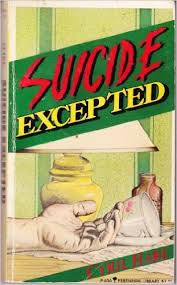 Police Inspector Mallett is on holiday at Pendlebury Old Hall Hotel when a fellow guest, Leonard Dickenson, is found dead - suicide the probably cause. The night before, Mallett had had an odd conversation with Dickenson wherein the man revealed that the rather shabby hotel had once been the family home. Moreover, Dickinson had seemed despondent and gone on at length about death and other assorted grimness. Not a fun evening for Inspector Mallett. Hence, the Inspector is inclined to accept the coroner's verdict of suicide. But he has second thoughts once he meets the Dickenson family who are at daggers drawn over the idea that suicide will nix the large insurance payment they were expecting.

I gave this one 3 Stars because I didn't like anyone in the story except Mallett. Still, the ending was a clever surprise. 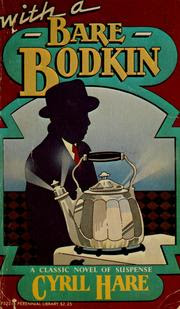 Set during WWII, this is the first book to feature barrister Francis Pettigrew who has been sent to ply his legal talents on behalf of the Pin Control Ministry (?). A faction of government which has been relocated to the seaside resort of Marsett Bay in the north of England. (I never did figure out what the Pin Control Ministry actually was and what they did but got the feeling this was Hare being satirical about government pettiness and let it go at that - assorted pin business being rather droll to read about.) Anything in aid of the war effort.

Here we're introduced to a disgruntled group of civil servants busy shuffling papers around while indulging in office gossip and spite and putting up with over-crowded accommodations - a nice cast of suspects when murder strikes. The crime itself is tantalizingly close to a locked room mystery event and it's up to Pettigrew (with the help of Mallett who shows up mid-book) to save the day for the Pin Ministry.

I like Cyril Hare's deliciously serene style of writing, his devious plotting and his knowledge of British law which comes in handy. Though not as prolific as other Golden Age mystery writers, Hare certainly deserves to have his work read, remembered and/or discovered. I plan on getting my hands on more of his books in the new year.

Michael Edwards and Philip L. Scowcroft have a nicely done tribute to Cyril Hare, his life and work, at this link.

Friday is Forgotten (or Overlooked) Book day over at author Patricia Abbott's blog, Pattinase. So don't forget to check in and see what other forgotten or overlooked books other bloggers are talking about today.
Posted by Yvette at 12:30 AM