What a treat! I hadn't expected to love this movie but I did - I do. If you haven't seen it, I'm asking you right now - WHAT ARE YOU WAITING FOR?

This is a film about thwarting fate. Fate in the guise of mysterious fedora-garbed men who work for an equally mysterious 'chairman' (read - God) whose job it is to keep us (read- humans) corralled - making sure we don't stray off the life paths that have been 'chosen' for us.

These 'adjustment bureau' types don't like it when a human suddenly does something unexpected. 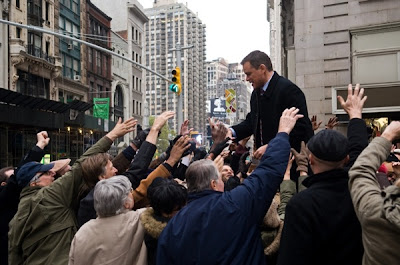 Matt Damon is David Norris, a popular politico - the youngest Congressman in NYC history. When a photo from his college past derails his Senate campaign, David goes to work for a law firm, biding his time. Despite the gaff, fate has a wonderful political future in store for him. (Can you say: White House?) 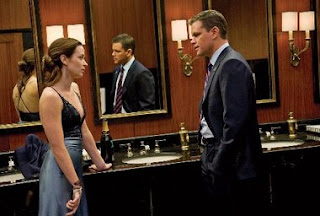 David is not supposed to meet dancer Elise Sellas  (Emily Blunt) - much less is he supposed to fall in love with her. But he does and she does - in one of the most charming scenes (set in the men's bathroom at a hotel) I've seen in years. Damon and Blunt are incredibly real. Their scenes together are a wonder to behold.

But fate has different plans for David and Elise. It's up to the adjustment bureau to adjust this little snafu. 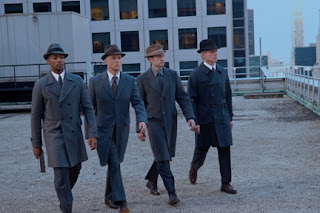 This film is a total delight from beginning to end as we watch a befuddled David accosted by his handlers, who include the wonderful Anthony Mackie as Harry Mitchell and the equally wonderful John Slattery (of MAD MEN fame) as Richardson. 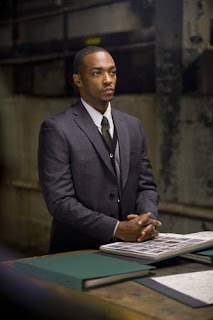 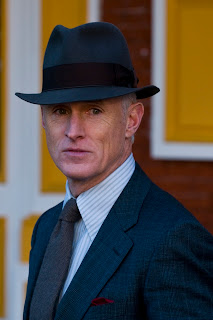 John Slattery
They play two adjustment bureau employees who must undo the 'not supposed to happen' merging of David and Elise's paths. (Paths - literally. There's an actual book they carry around that shows these paths - kind of like a destiny subway map.) 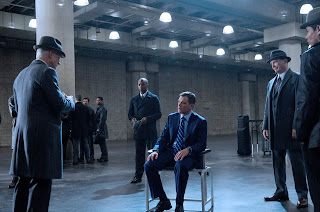 But what do you do when your heart tells you that you've met the right woman? 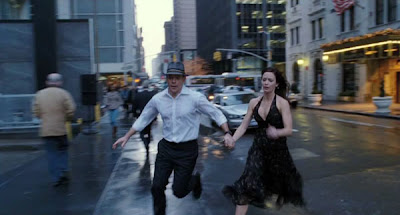 Terence Stamp appears later as an ominous higher-up who tries some very tough love. He makes David see that Elise's dancing future is in jeopardy if she stays with David. Plus, oh by the way, fate has grand plans for you, David. Plans that don't include Elise. You have a chance to do great things, but only if.....

Guilt. It works every time.

A fabulous love story. A fabulous (and occasionally spooky) action movie. I thought I wouldn't like seeing Matt Damon in this sort of film - Jason Bourne is stamped on my heart and brain. But I shouldn't have worried. Damon is perfection as the anti-Bourne. (Is there nothing this guy can't do?)

My only quibble with the film is that it's never made completely clear why Elise would derail David's future and vice versa. I mean, I sort of got it - something about Elise being a loose cannon sort of personality and David not -  but I would have liked something more definitive. 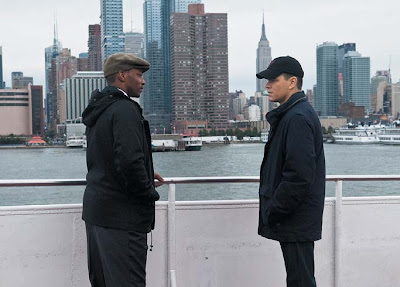 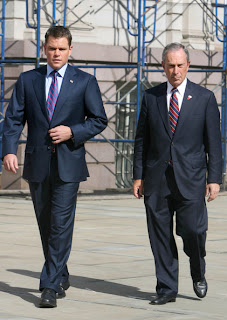 David Norris and NYC Mayor Bloomberg
So, in the end, what happened to the concept of  'free will'? 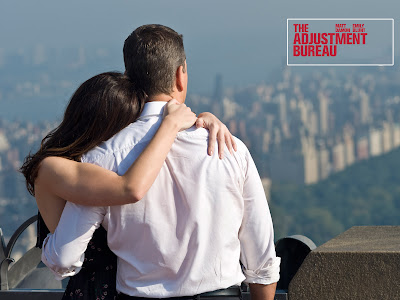 Email ThisBlogThis!Share to TwitterShare to FacebookShare to Pinterest
Labels: Movies, The Adjustment Bureau