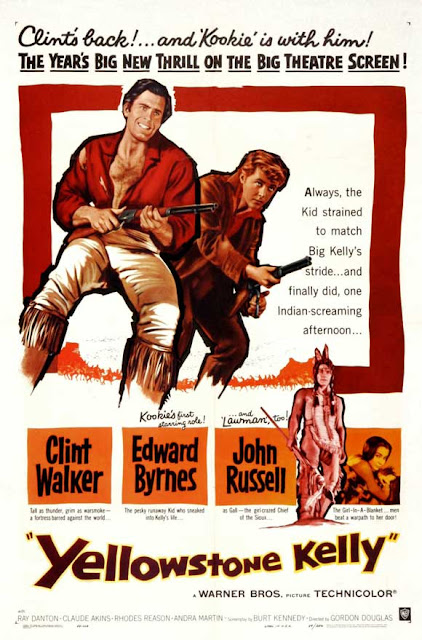 Forgotten or Overlooked Film Tuesday is a weekly meme hosted by Todd Mason over at his blog, SWEET FREEDOM. Don't forget to check in to see what other films, other bloggers are talking about today.

YELLOWSTONE KELLY is a film (directed by Gordon Douglas) with which I spent many hours mesmerized when I was an impressionable teen. I mean, I must have seen this about ten times in the theater and possibly even more on early TV. In fact, this post is being written totally from memories of my misspent youth. I spent a lot of time as a kid in darkened theaters, dazzled by dreams of romance and adventure.

I'm waiting patiently for Netflix to get a copy, hopefully sometime before the 22nd century. 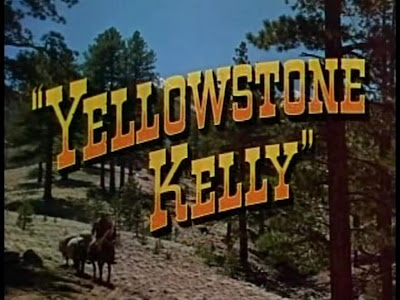 If you're my ancient age, you probably remember Clint Walker in the weekly ABC western series, CHEYENNE. (I watched faithfully every week. I was smitten....sigh!) The tall, lumbering, broad shouldered actor, Clint Walker, transmuted himself in my mind into the ideal in masculine pulchritude. At least for all the years CHEYENNE was on the air. 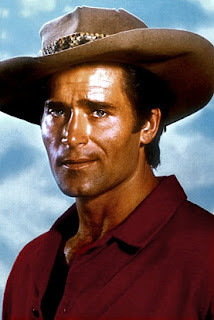 YELLOWSTONE KELLY is the only film with Clint Walker that I remember watching, I know he made a few others - oh, a sudden thought - I did see him in THE DIRTY DOZEN - anyway, KELLY is the one I remember most. The film also featured several other Warner Brothers stars of their own ABC series: John Russell, Edd Byrnes, Ray Danton and WB contract players, Rhodes Reason (brother of Rex), Andra Martin and the ever dependable Claude Akins.

(YELLOWSTONE KELLY was a real-life 19th and early 20th century mountain man, though his name and the movie's title is about all reality and this particular fiction have in common.) 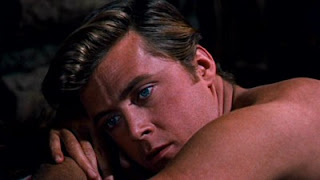 But those of us with discerning tastes knew that the film belonged to the men: Clint Walker, John Russell and Ray Danton - an array of male gorgeousness second to none. I admit it, I was not lured into the theater by the supposed excellence of the film. I would have gone to see those three in just about anything at the time. Especially since John Russell and Ray Danton wore loin cloths (at least that's how I remember it, those in these photos, Russell is wearing leather leggings), playing American Indians (we called them that then), for most of the film. The costumes by Marjorie Best (had to be a woman) were absolutely mind-boggling. Hey, I was a healthy teenage girl. Here's the gist of the story - photographed on very scenic location by the way (I'm assuming Yellowstone Park but I don't know for sure), by Carl Guthrie: Kelly is a fur trapper (boo!) who once saved the life of Sioux Indian Chief Gall (played by John Russell and based on a real Native American). As a reward Kelly is allowed to set traps on Sioux land without being molested by the tribes. Through some story complication I don't remember, Kelly takes on an inexperienced apprentice named Anse (Edd Byrnes) whom he meets on one of his trips down the mountain to sell his furs.

Later, back home, Kelly rescues a wounded runaway Arapaho woman. He knows almost immediately there will be trouble. Especially since Wahleeah (played by the exquisitely beautiful Andra Martin) has run off from the nearby Sioux camp where she was held captive forced to choose for a husband, either Gall or Sayapi (Ray Danton) his rather pugnacious nephew. 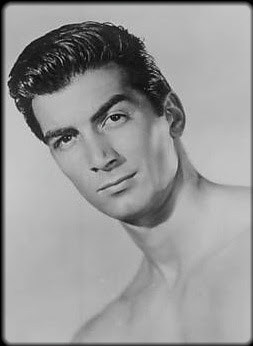 (Not a bad choice, I'd have thought, but what do I know. I was, remember, a swooning impressionable teen.) 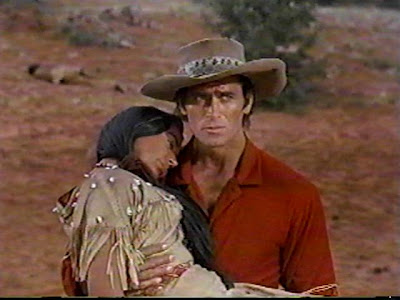 There's also trouble brewing between the Sioux and the cavalry - troops of which are criss-crossing Indian land.

In the meantime, Gall and his men want to reclaim the Arapaho woman, but she's too wounded to move and Kelly is allowed to care for her in his cabin. Uh-oh. 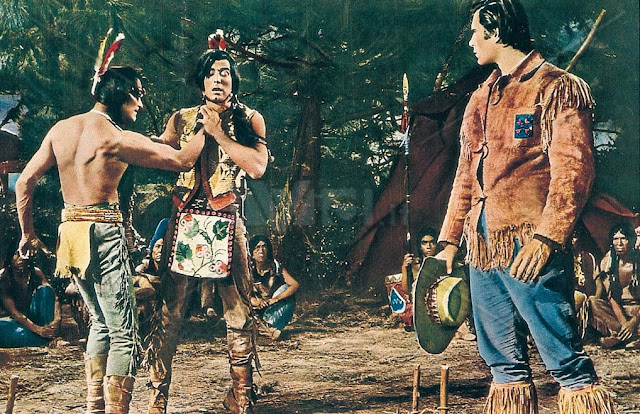 The woman is smart enough to know that Kelly is smitten with her though he makes no move, but more importantly, she is smitten with him. Anse too falls under her spell, but to no avail. As Wahleeyah later says to Kelly, "I have looked at you." A phrase pregnant with possibilities. Kelly fights the effect she has on him, he's a loner - damn it. He doesn't want any trouble. She must marry either Gall or Sayapi. But Wahleeyah has chosen Kelly. She is one stubborn young woman. 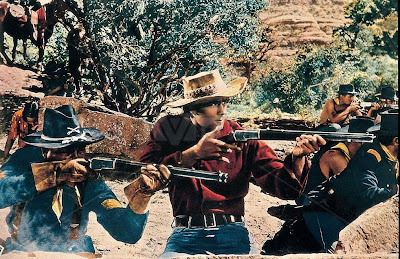 There's all sorts of  wild west trouble, fights, ambushes, gunfights and death as a volatile situation is made more so by the interference of the heart (and the cavalry). Well, what can you do? There's no accounting for love.

What I remember most about YELLOWSTONE KELLY is the stirring sight of John Russell expertly riding a pinto - bareback...sigh! 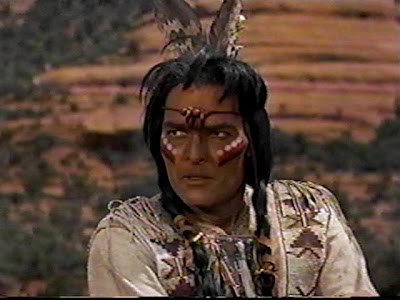 And the ending is a doozy. The real Yellowstone Kelly in case you were wondering.

Good News: YELLOWSTONE KELLY is now available on Netflix Instant Streaming.
Posted by Yvette at 9:12 AM