The 'Rivers of London' novels by Ben Aaronovitch - Urban fantasy at its lively best. 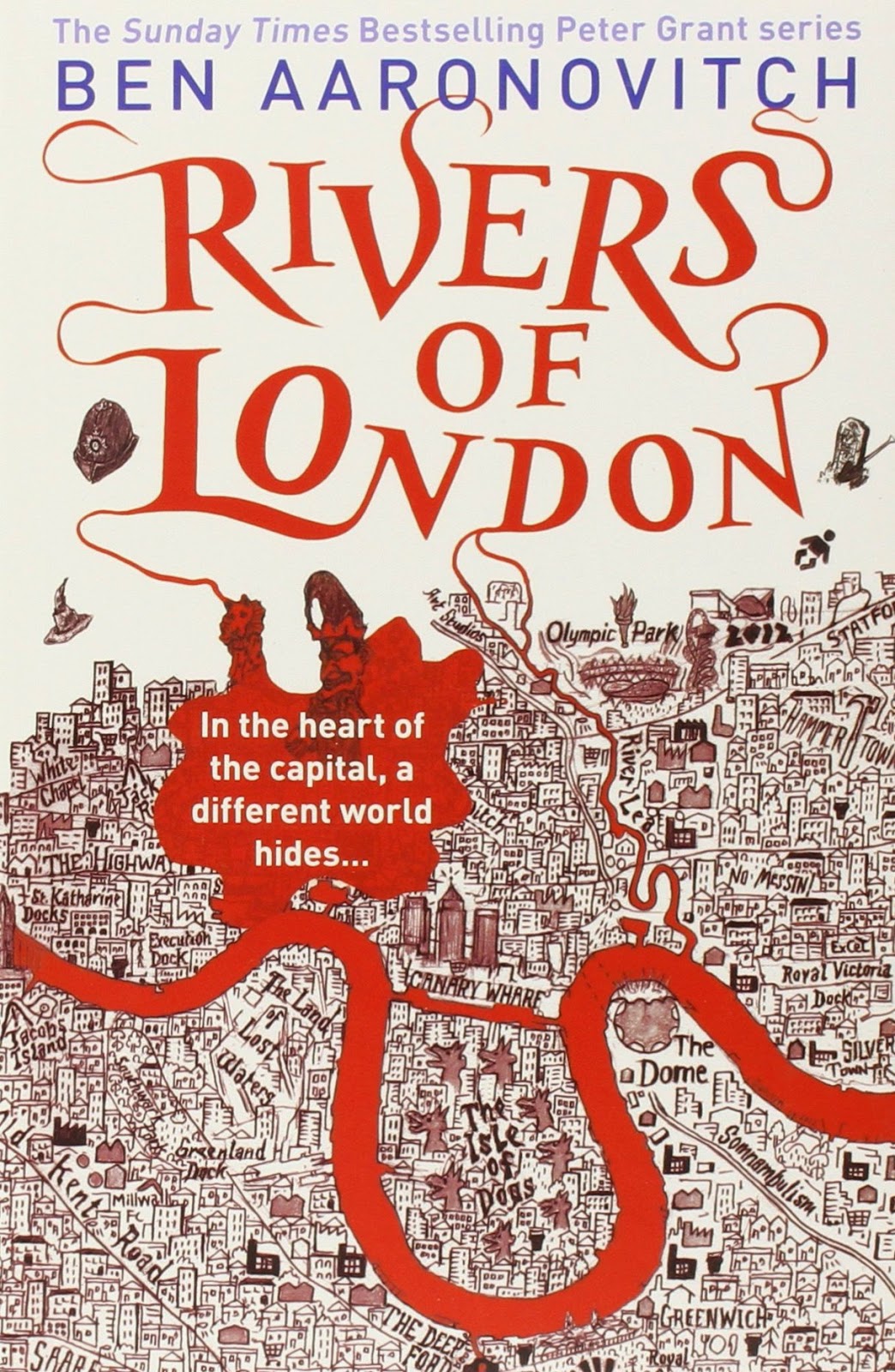 Something about this series caught my eye somewhere, somehow, and you know how that goes. My local library only had one book available - NOT the first in the series - so I ordered the first, RIVERS OF LONDON (aka MIDNIGHT RIOT), online, read that, then jumped to next to last, the very excellent BROKEN HOMES, which was the one and only title the library had, and then I was on to the almost as equally excellent FOXGLOVE SUMMER  which is the latest book and not the second or the third. Luckily, I'm not anal about reading things in order - except sometimes.

I'm pleased to say that this is a series that just gets better and better and that's not easy to do when I remind myself how absurdly high-concept the first book, RIVERS OF LONDON, actually was. Not an easy act to follow, by any means. This is a hellish brew of CSI, police procedural and Harry Potter, all set in a gritty modern day London and its environs. Lots of gory doings when you involve practitioners of magic, spells and general witch-craftery with the Metropolitan police and even, tiny as the department may be, within the actual police force, since crimes involving skulduggery of the magical sort must, of course, be handled by specialists.

Very understandably, it takes a wizard to catch a wizard - but don't get us started on fairies, unicorns and werewolves, not to mention the gods and goddesses of the River Thames. And no, here they are not, in general, the sugary benign (well, except for the werewolves) creatures we're used to reading about in other venues.

Enter our dynamic duo: the very enigmatic Inspector Nightingale, he of the mysterious background, a cop/wizard who's been around since before WWII and is not necessarily showing his age and his current apprentice (the first in fifty years), the laconic constable Peter Grant who discovers, one night, while out on patrol, that he can see dead people. That is, the specters of the dead.

Needless to say, Grant is immediately recruited by Nightingale - who happens to be lurking about - as a trainee wizard in an adjutant section of the Metropolitan Police Force so secret that most don't know it exists and is only reluctantly called into action when supernatural forces are suspected at a crime scene. (Wouldn't you love to see the guys who bring us Law and Order tackle this one? Bom. Bom.)

This is a London (with occasional trips to the countryside, as in FOXGLOVE SUMMER) not so beloved by tourists, the London of grisly doings, bad traffic and blood-thirsty specters of the night.

In the hands of a less talented writer than Ben Aaronovitch this might have been just another fantasy pastiche, but this guy really knows how to write, seems to know how the police force actually works and better yet, he KNOWS the highways and byways of London - so we have plenty of gritty verisimilitude. It's the kind of deal where while you're reading you're believing that this sort of thing actually exists. Wizard cops, I mean. It all makes some kind of loony sense. Suspension of disbelief. You know how much we love when that happens smoothly and naturally.

Plus the tales are told in first person narration, which I also love. Especially when the narrator, in this instance, the young and often bemused cop/wizard-in-training, Peter Grant, is such a delightful person to spend time with. He is an engaging combo of laid-back cynical with a dash of stalwart and the occasional flash of sleuthing brilliance. Plus, it's interesting to have a hero who is of mixed race (his mother is from Senegal), especially in stories set in London and thereabouts.

All in all, a terrific series well worth your time even if you normally aren't fascinated by this sort of thing which I generally am not. Except when it's this well done.

Warning: There are, here and there, some rather gruesome crimes involved, so take heed. But if I didn't succumb to the vapors, neither should you.