Born to Play THE Part!

The idea for this post came from a comment on a recent post left by Nan from Letters From A Hill Farm.  She mentioned how certain actors seemed born to play certain parts and of course I agreed and thought - why not a post? And so, VOILA!

1)  Jane Marple - Joan Hickson. For me, there has never been another Miss Marple, there will never be another in my lifetime. Joan Hickson was THE personification of the brilliant, self-composed old maiden-ish crime solver. There was intelligence gleaming in her wrinkled, powdery face, purpose in her dithery-ness. And at the time these particular episodes were being filmed, they were not butchering the original plots as they have been doing in recent years.

2) Inspector Morse - John Thaw. Can you imagine anyone else as the irascible, classics loving, opera devotee and brilliant Oxford police detective?  I can't either. He owned the part. Thaw had the ability to make himself appear rude, objectionable, short-tempered, impatient and yet, despite this, his second in command, Lewis admired, respected and even loved him.

3) Jason Bourne - Matt Damon. Though Damon is a multi-talented actor willing to play off-beat roles and will continue to do so for years to come, it is as Jason Bourne that Damon will be be remembered - at least by me. The Bourne Trilogy is on my list of Top Twenty Favorite Films of All Time and, that is a big surprise to me since I'm not normally a fan of action spy films. (I will not be seeing the 4th Bourne film if Damon isn't playing the part.) 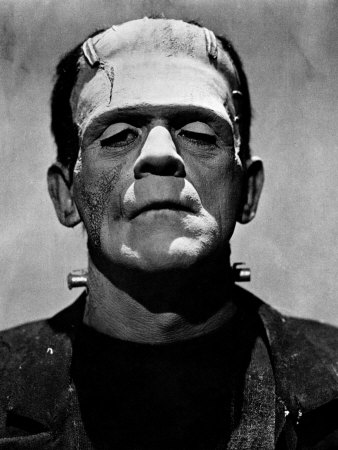 4) Frankenstein's Monster - Boris Karloff. Though other actors tried, once Karloff stopped playing The Monster, they all became caricatures of his interpretation. No one else could infuse the creature with Karloff's inchoate sadness, longing and wretched brutality. 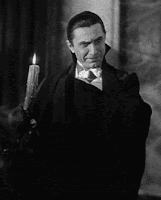 5) Dracula - Bela Lugosi. Vampires come and go, but they will always be with us. At least in the movies. But no one embodied the sheer glamor of the undead as well as Bela Lugosi dressed in black with his flowing cape and his intense, darkly gleaming eyes, his clever, wicked smile. He made it seem a privilege to be bitten in the neck until undead. Though Lugosi became a caricature of himself in later roles, I'll always remember him as Count Alucard - that's Dracula spelled backwards.

6)  Superman - Christopher Reeve. I know, I know, there were and will be other fine Supermen. But Reeve was the first to make him 'human' and believable and gloriously romantic, not to mention, innocent while indecently handsome. To look at him in all his glory, was to see Superman step down from a pedestal and come to life.

7) The King of Siam - Yul Brynner. Brynner was the embodiment of raw vitality and sexuality, the allure of the mysterious and intriguing. Who else could have made a bald head sexy? For that matter, who else could have made calf muscles sexy? When, in THE KING AND I, Brynner puts his hand on Deborah Kerr's waist for the first time - a touch that precedes a joyous dance - I almost swoon. It is one of the great love scenes that is not an actual love scene in films. Tantamount to Fred Astaire making love to Ginger Rogers on the dance floor. (Because really, what else was Fred doing?)

8) T. E. Lawrence - Peter O'Toole. O'Toole captured the isolation, the angst, the daring and the quizzical incomprehensibility of the enigmatic Englishman T.E. Lawrence, leader of an Arab revolt against the Turks during WWI. Physically he was too tall, but in every other way O'Toole did resemble the shy, quiet, self aggrandizing individual who, inexplicably, became Lawrence of Arabia. I can't imagine any other actor except, perhaps, Leslie Howard, in the role. And Howard would have played it with his own slant, of course.

9) Rhett Butler - Clark Gable. Oh well, it is said that Margaret Mitchell had him in mind when she created the character in her epic GONE WITH THE WIND and it wouldn't surprise me in the least. There is no one, NO ONE, who could have played Butler then or now except Gable. He was the physical embodiment of the reckless, head-strong, conniving, cynical, gloriously male individual who was Rhett Butler. A man destined to be a hero denied a hero's ending.

10) Fitzwilliam Darcy - Colin Firth. Though I'm convinced Firth can play any role he sets his mind to, for me he will always be the ultimate Darcy in the TV mini-series of PRIDE AND PREJUDICE. When I envision the part, it is always Colin Firth who springs to mind. It's going to be very difficult for any other actor to dislodge him from my film consciousness.


If there is any objection to my using any of these pictures in this post, please let me know and I'll remove the photo immediately.
Posted by Yvette at 9:05 AM