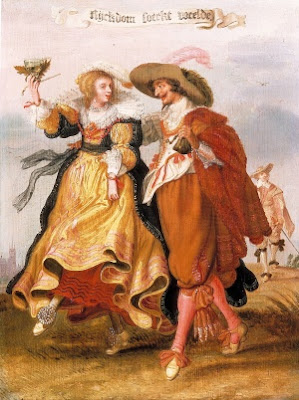 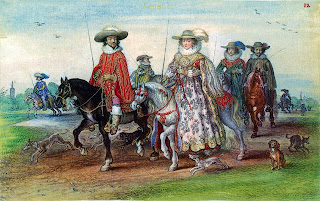 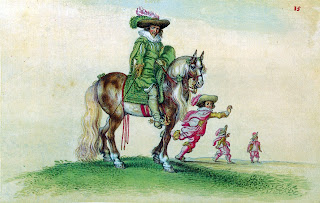 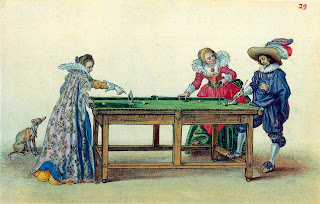 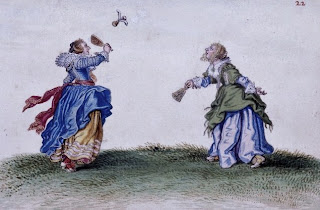 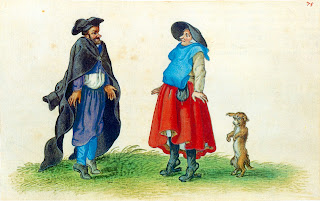 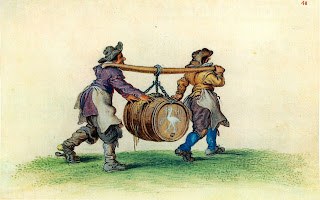 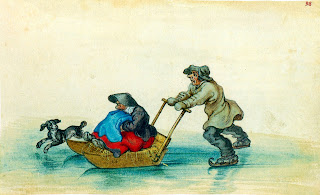 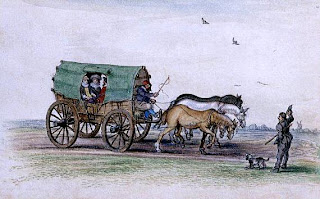 Adriaen van de Venne (1580 - 1662) was a unique Dutch Golden Age painter of allegories, genre subjects and portraits.... He was also a miniaturist, designer and illustrator.

I'd never seen his work until very recently I stumbled over it online. (Isn't that always the way?) At first, I was a little stand-offish, after all - except for Rembrandt, Franz Hals and the flower painters, what do I know about early Dutch painting? Not much it turns out, since I'd never seen Van de Venne's work before.

But once I did, I was totally smitten.

I'll tell you what was apparent to me from the first moment: this 16th century man painted with a very modern (modern to today) sensibility. Skillfully fashioned and filled with wit, his work is very much like illustration - note the expressions on the figures, the attitude, the sway of the clothing. (I don't think I've ever seen illustration from the 16th century) These people (or animals) are not paralyzed in the moment. They are still alive and kicking. Of course, the best paintings have always had that, but I think it's Van deVenne's faces that make me think: modern! There is a kind of indulgent humor that speaks to me across the centuries.

Apparently there are very few details about Van de Venne's life and only one contemporary source. He was born in Delft in 1580, the son of wealthy middle-class parents. Early on he was taught drawing and illumination by a Lieden-based goldsmith named Simon de Valck and later went on to study with a well-esteemed painter of black and white images. Van de Venne had a rather successful career divided between Middelburg and The Hague, painting, illustrating poems and propaganda tracts and even writing his own verse. Van de Venne not only painted the gentle images I've posted today, but also various deeper, darker subjects, often ribald and occasionally patronizing. I ran across a painting of a 16th century man pooping in public which made me cringe then laugh out loud. But I won't be showing that one here.

To learn more about Van de Venne's life, please use this link.

To really appreciate this work you have to get up close and personal. If you press on an individual painting, you'll get a larger view.