Deja Vu All Over Again...

In the mail today, my first ever Stephen King fiction purchase (I own his wonderful writing memoir, ON WRITING). Besides the memoir, I've only ever read one other King book and didn't think much of it, but when I realized he'd written a time-travel extravaganza featuring one of the seminal events of my lifetime, I took the plunge.

1) THE DOOMSDAY BOOK by Connie Willis

Travel backwards to the Middle Ages. A time-travel snafu has placed a 21st century Oxford historian in the plague-infested English countryside. Can they get her back before it's too late?

A brilliant, award winning book by my favorite sci-fi writer. 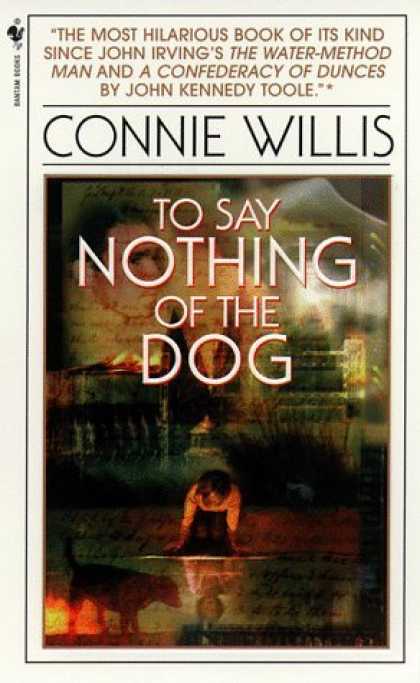 2) TO SAY NOTHING OF THE DOG by Connie Willis

A comedy of manners. A drawing room comedy I would have said except that lots of it takes place while floating down the Thames on a nice afternoon during Victoria's reign. (The title is taken from Jerome K. Jerome's Three Men In A Boat - To Say Nothing of the Dog.) This time out, a trip into the Oxford of the past takes a much less tragic turn for another historian whose search for an ugly church relic leads to all sorts of mischief. Another trip to the middle ages, this time through a time portal created by a physicist at ITC, a large money-grubbing corporation (aren't they all?) In typical Crichton style, there's plenty of talk about quantum physics and other esoteric scientific data which, I must say, I kind of enjoyed even if I didn't quite understand most of it. When a professor is stranded in medieval France, it's up to his modern day students to go back and fetch him. A really terrific book that was turned into a less terrific movie in 2003 starring Gerard Butler. Actually, the movie's not that bad, it just didn't measure up to the book. 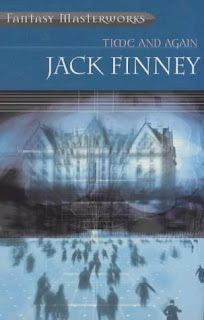 TIME AND AGAIN by Jack Finney

In this time travel classic, it's 1970, and a New York sketch artist, Simon Morley goes back in time with the aid of a secret government project which uses self-hypnosis as a form of time travel. Sequestering himself inside an apartment at the famed 19th century Dakota apartment house bordering Central Park, Morley is able to fixate on a view of the park unchanged in seventy or so years and thereby send himself back in time. (It makes some sense in the book.)

An 1895 classic  novella which coined the actual term, 'time machine'.  A Victorian scientist builds a contraption which enables him to travel forward or backward in time. As he cruises millions of years into the future he catches glimpses of a dying world. A few years back from the brink and he stumbles upon the Eloi and the Morlocks. Are these two unattractive 'civilizations' the evolutionary dead end of man?

The movie with Rod Taylor was a pretty good adaptation I suppose, though its ending still seems flat to me. I prefer the more ambiguous ending of the book.
Posted by Yvette at 2:42 PM